After her Montgomery County volleyball team fell to the Hermann Bearcats in three games in a Class 2, District 6 championship match at Ballew & Snell Court on Oct. 25, junior Olivia Shaw had a … 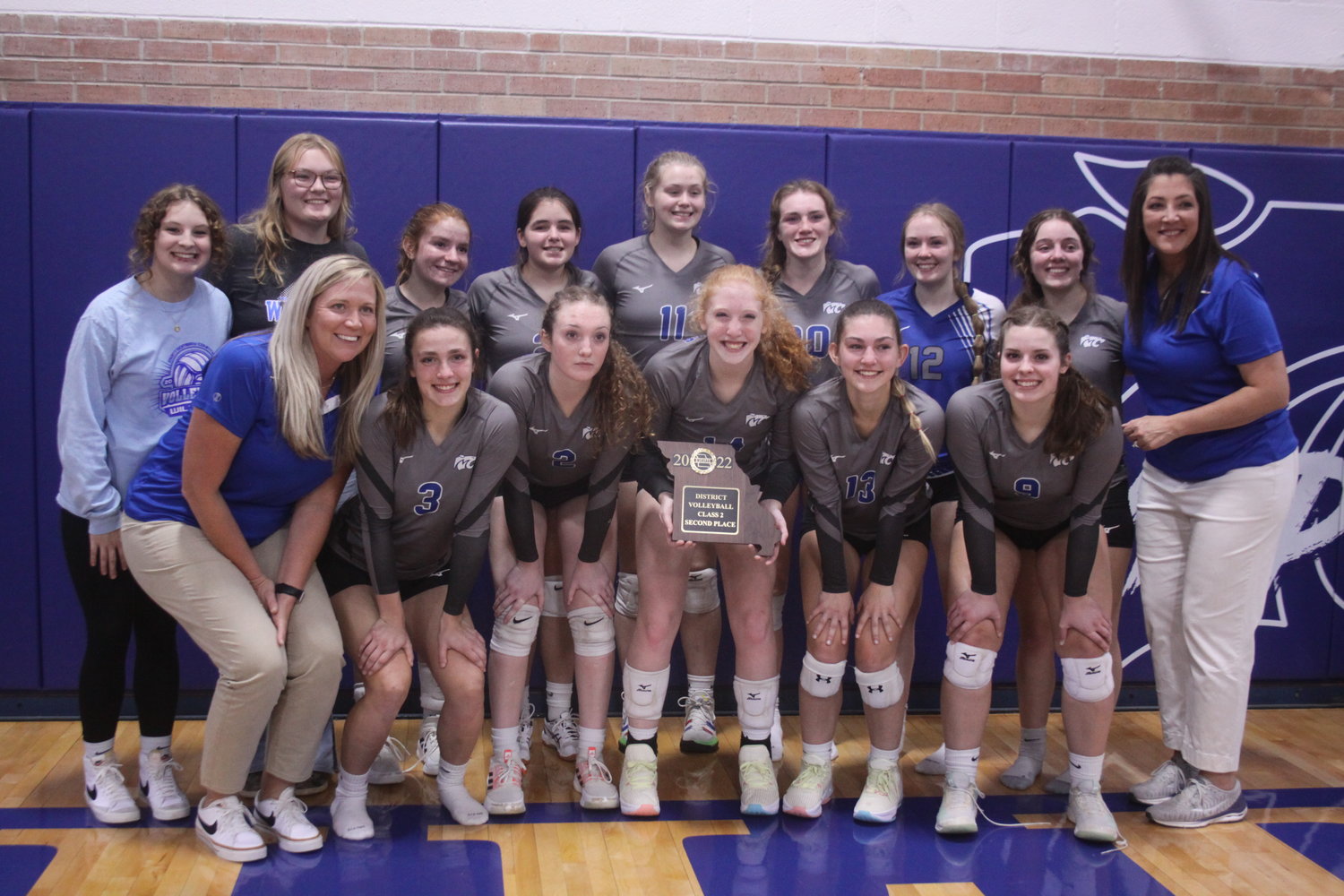 After her Montgomery County volleyball team fell to the Hermann Bearcats in three games in a Class 2, District 6 championship match at Ballew & Snell Court on Oct. 25, junior Olivia Shaw had a really tough task.

She had to help take down the volleyball net, while tears were flowing down her face.

Shaw was hoping that she and her team would play at Ballew & Snell Court one more time. A win would have advanced the Wildcats to the Class 2 sectional match against Whitfield at home on Oct. 27.

“It was tough,” Shaw said. “We knew it was going to be tough going in.”

The Wildcats finished their season at 12-14-2. They made their first district final appearance since 2018, when they lost to the Bearcats at home. After the match, players and coaches received the second-place plaque.

“That doesn’t happen every day,” MCHS coach Rachel Leu said. “I’ve been coaching a long time. It has happened twice. To make it to the championship, it was a good experience. I don’t want to look past the seniors, but we do have a lot of returning players coming. We have some good experience and hopefully, we can use that as some momentum when we can make it back next year.”

Seniors Addison Schluss, Bailey Fischer and Carson Flake played their final volleyball match for the Wildcats with the loss to Hermann in the district finals.

MCHS lost to Hermann for the second time this season. The Wildcats began their season on Aug. 30 with a three-game loss to the Bearcats at home.

“We knew that they had Olivia Shaw, who is really talented,” Landolt said. “We knew they serve really tough. They also play very scrappy defense. We knew that we couldn’t get frustrated with their defense. We really have been working on serve reception this season, so we could get the ball to the net so we can run our offense.”

Against Tolton Catholic, Shaw helped the Wildcats qualify for the title match by scoring the final two points in the fifth game. She broke a 14-14 tie by scoring a kill. Then, she made a block to clinch the match victory.

Shaw recorded seven kills against Hermann, finishing with a team-high total of 242 kills. Leu said Shaw was a valuable player for her team since the season started in August.

“It’s great when you have a player like Olivia,” Leu said. “She carries a lot for the team for us. She puts a lot on her shoulders. This year, she really understood that was part of her role. I felt like she did a really good job. She’s a big presence on the court and she came through when we needed her to. I’m just glad that I have her for another year.”

Shaw had a busy fall season as she also ran cross country for the Wildcats. She helped the girls cross country team win its second straight EMO title.

“It keeps me busy, that’s for sure,” Shaw said. “I love it. At times, I would hate it. I would be so tired, but I wouldn’t change it because I like the competitiveness in both sports and it keeps me going.”

Now, Shaw is looking forward to coming back next year and trying to get her volleyball team to clear the district hurdle. The Wildcats have not won a district title since 1998.

“I think we can totally do it,” Shaw said. “We have to work over the off-season, become stronger and fix our weak points, but we definitely can do it.”