Olivia Shaw had a pair of reasons to celebrate this fall. 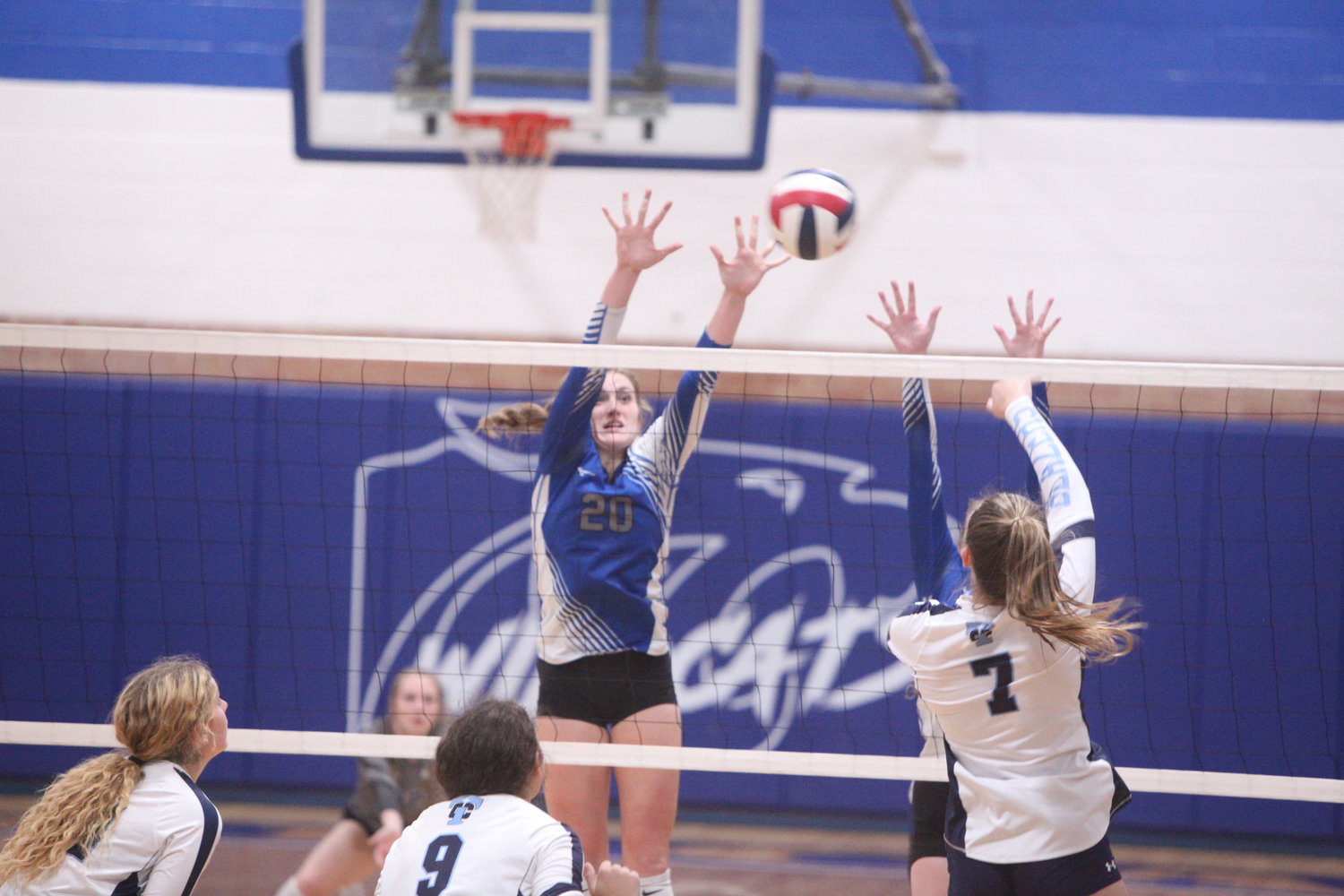 Olivia Shaw had a pair of reasons to celebrate this fall.

Shaw led a large list of MCHS athletes who earned all-conference honors this fall. A total of 18 Wildcats received all-league notice, 10 of them are seniors.

The football and cross country teams led the way with seven selections each, followed by the volleyball team with three and the softball team with two.

Shaw turned in an outstanding season in volleyball, finishing with 270 kills and 51 blocks, both team highs. The effort helped the junior receive her first all-conference award in volleyball.

Shaw joined a group of all-conference Wildcats that also included seniors Bailey Fischer and Addison Schluss. Fischer was named to the all-conference volleyball team for the second year in a row after being selected to the second team. Schluss, who led the Wildcats with 339 assists and 192 serving points, was selected to the all-EMO team for the first time after earning first-team honors.

The other all-conference performers for the Wildcats were seniors Lyric Ford, Destiny Shaw and Carie Schroer, sophomores Jadrian Thurmon and Zack Welker and freshman Taylor River.

Ford won the girls individual title and picked up her fourth all-conference award. Destiny Shaw placed fifth in the girls race to pick up her third all-EMO award, Thurmon came in sixth in the boys meet to earn his second all-league award and Schroer (13th, girls), River (ninth, girls) and Welker (10th, boys) were named to the all-EMO cross country team for the first time.

Bishop, who led the Wildcats with 77 tackles, was the only one in the group to earn all-league honors on both sides of the ball. He was named second-team offensive lineman and second-team linebacker. Bishop earned his first all-conference awards in his football career.

Clark, Czerniewski and Hill were named to the all-league team for the second year in a row.

Clark was voted first-team defensive end for the second straight year after finishing with 42 tackles and three sacks.

Hill, who was voted second-team defensive back a year ago, was selected second-team receiver this year after finishing with a team-high 474 yards receiving with three touchdowns.

Junior Maddy Queathem and sophomore Aliviah Fischer represented the Wildcats on the all-conference softball team. Queathem was named to the all-league squad for the third year in a row after being named first-team utility player. Fischer earned her first all-EMO award after being selected first-team infielder.