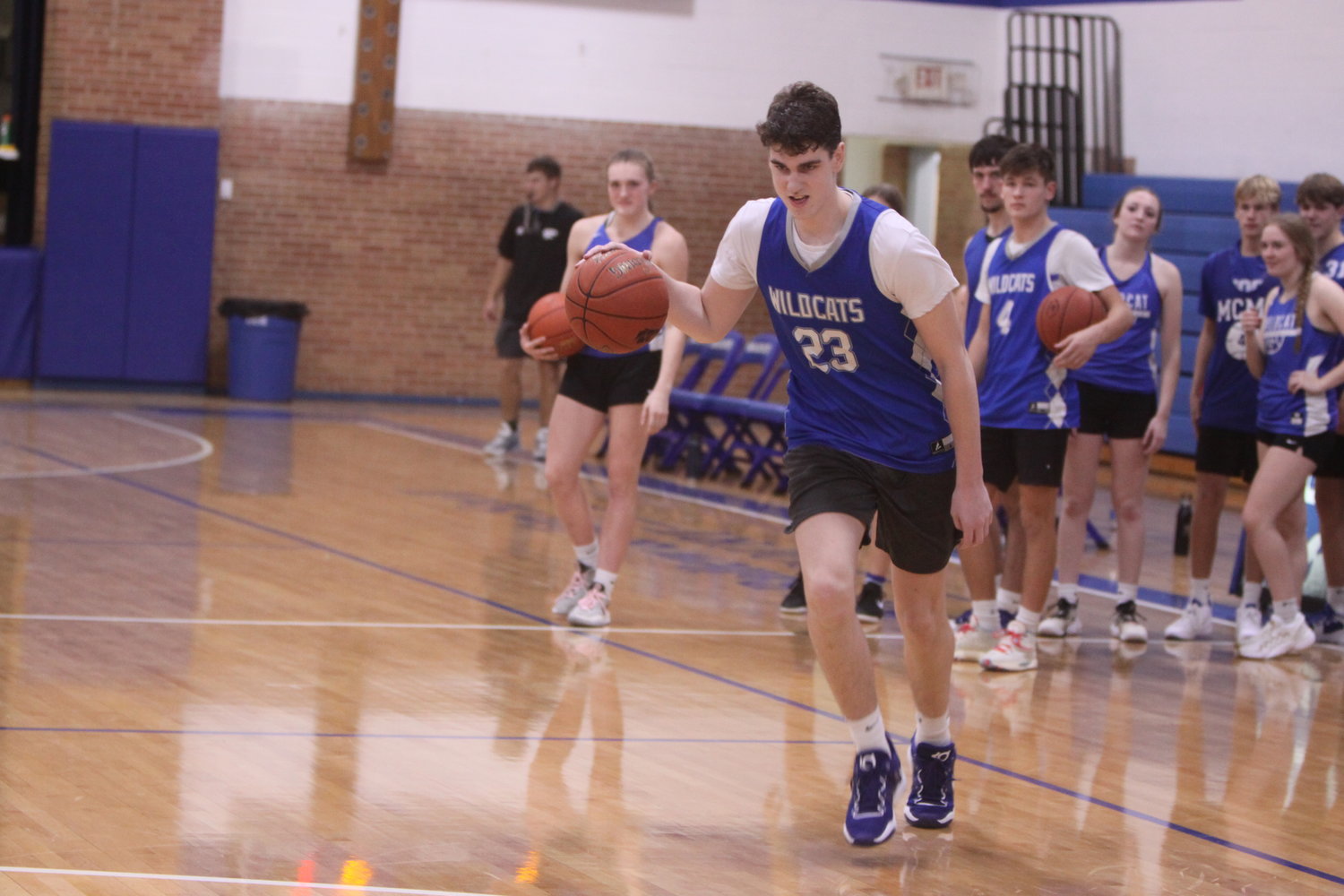 Montgomery County sophomore Clayton Parker dribbles up the court during the Blue and White scrimmage on Nov. 10 at Ballew & Snell Court. Parker is the Wildcats’ top returner from last year’s team that won 17 games and captured a district title.
Theo Tate photo
Posted Tuesday, November 22, 2022 8:59 am
By Theo Tate

This year, the Wildcats are looking to help Kroeger pick up his fourth straight winning season. But they will have to do it without four of their players – Logan Hutcheson, Keenan James, Ethan Rakers and Drake Smith – as all of them graduated in May.

MCHS has three seniors, three juniors and seven sophomores on its squad. Sophomore Clayton Parker is the only returning player from last year’s starting lineup.

“He really does a good job of making people around him better,” Kroeger said. “That’s the ultimate sign of a really good player in any team sport.”

MCHS finished with 17-13 a year ago, its third straight winning season. After winning their second straight district title, the Wildcats had their season end in a heartbreaking fashion, losing to Cole Camp on a buzzer-beating shot in a Class 3 sectional game.

Kroeger said he was impressed with the way his team performed during the Blue and White scrimmage on Nov. 10 at Ballew & Snell Court.

“Those two guys will do quite literally anything they can to help the kids,” said Kroeger, who has 93 victories during his MCHS coaching tenure. “That’s all you can ask for. We work really well together. They do so much for me to make my life easier. It’s going to make this season so much more enjoyable. I’ve got to try to find ways to do that for them as well.”

The Wildcats begin their season at 7:30 p.m. on Nov. 22 with a home game against Winfield at home.